Storytelling is king. Every aesthetic decision within a film is designed to serve the narrative and propel the story. That's what we believe, and that is why our network of directors and producers are just as proud of the work we collaborate on as we are of our own original content.

Cinematographers Clifton Stommel and Mauricio van Hasselt work closely together to build the aesthetics and visual language of each film. With their combined 25+ years experience in commercial photography and production management, Clifton and Mauricio have worked closely with clients such as Ferrari, Amazon, Zappos, ASC, Prime Focus, and more.

StommelHaus has extensive experience with the finalizing stages of the post-production process. With colorist Clifton Stommel at the wheels, any film or video project gets that last bit of visual "umph" that it deserves. Coupled with our outstanding photography capabilities, any film that is captured and finalized by StommelHaus will have a truly marvelous look.

Clifton Stommel is a director of photography and colorist with a background in commercial photography. Clifton's creativity and problem solving skills are reflected in his on set capabilities as well as his development of filmmaking tools.

Mauricio van Hasselt is a producer and cinematographer with a background in concept development, production management, and VFX supervision. An invaluable resource to any production, Mauricio works very closely with the entire scope of the project in mind.

Evelyn Stommel is our resident screenwriter, script supervisor, and set photographer. From writing development to continuity on set to generating stunning production stills, Evelyn's skillset is a truly vital part of any well-developed film.

Didier Konings is a director, production designer, and VFX artist with an incredible eye for both fine detail and overarching aesthetics. Hailing from the Netherlands, Didier's global experiences shape his uniquely defined style, and his approach to film and design. 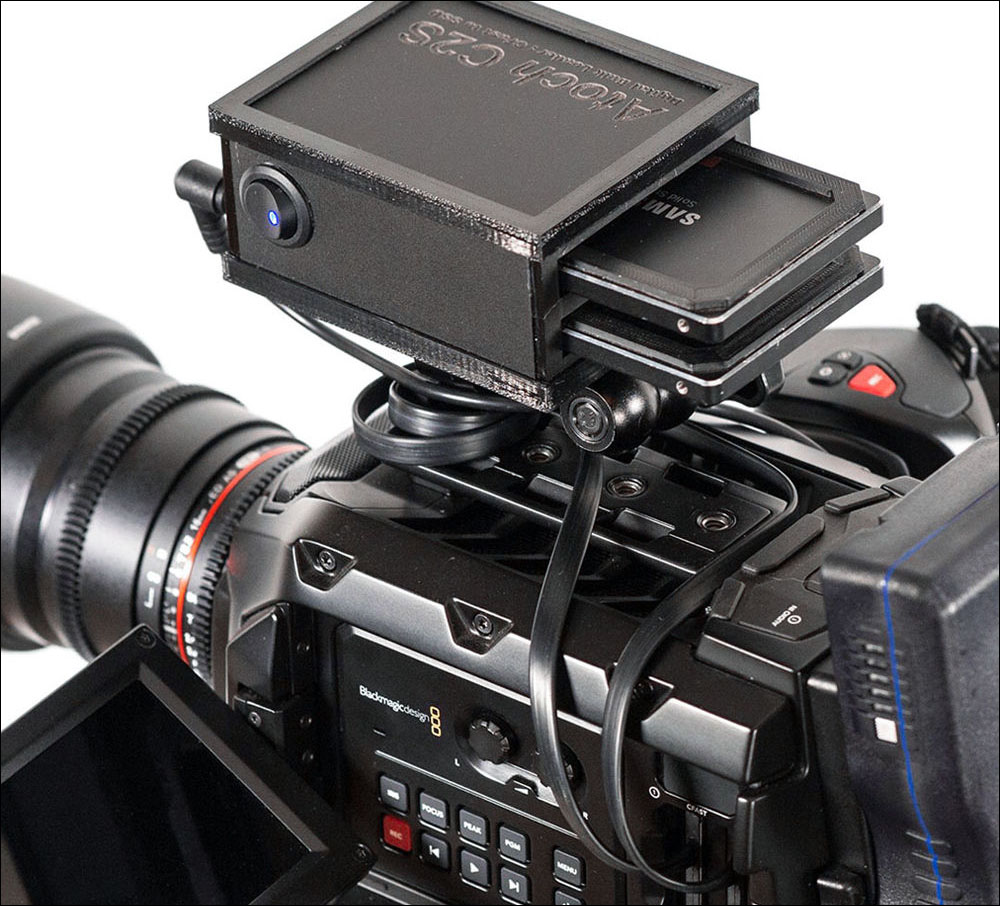 When the URSA Mini camera was announced, it shook the market. Unfortunately, our dreams of some day buying CFast cards for the same price as SSDs just never came true. To this day, a top-quality CFast card costs as much as 8X the same capacity and write speeds of top tier solid-state drives.

This is why we created the Atoch C2S. Initially designed to enhance our production pipeline, we saw the universal need for such a solution and chose to make it publicly available.
You can order your Atoch C2S directly, or through B&H and Adorama!

Note for URSA Mini Pro Users:
The URSA Mini Pro has a hardware-level bandwidth difference between CFast ports 1 and 2. Due to this, Samsung SSD capacities are limited to 256GB in port 1 and 2TB in port 2.

Additionally, the SanDisk Ultra 3D SSD and the WD Blue SSD have been recently tested fully functional up to 1TB without issue (they just take longer to format).

With the recommended SSDs, the Atoch C2S consistenly outperforms all CFast 2.0 cards available today. Not to mention, with a pair of 2TB SSDs in your URSA or URSA Mini it's like running around with 8x 512GB CFast cards in your camera at the same time! This minimizes down time on set, streamlines data management, and saves budget for documentary, commercial, and feature filmmakers.

directly from StommelHaus to take advantage of our Indepence Day sale, or buy at retail pricing from B&H Photo by clicking B&H Photo, or from Adorama by clicking Adorama.